In 1956, at the end of the First Indochina War, the Geneva Accords foresaw the repatriation of French citizens. Among them were many Eurasian families. After all, the presence of many single soldiers and civil servants resulted in frequent cohabiting interracial relationships, as well as a large number of mixed-race children who were, in general, not officially recognized by their French fathers. Sainte-Livrade-sur-Lot was one of the resettlement sites for the repatriated citizens and it housed 1,200 repatriated citizens, including 700 children who were under the age of 14 years. The camp was primarily composed of single women with Eurasian children whose fathers were French—but they themselves frequently came from other colonies such as North Africa, the Antilles, Sub-Saharan Africa, the Pacific Islands, or the Indian Ocean colonies, and of some couples with their children, in minority. Today there are still roughly one hundred of the original repatriated people who still live at the military camp. The women continue to maintain their cultural customs, and, with some difficulties, on the whole, the generation of children who are now adults, has successfully integrated into French culture. They continue, however, to question their mixed-race identity, even though the camp is doomed to an impending extinction. 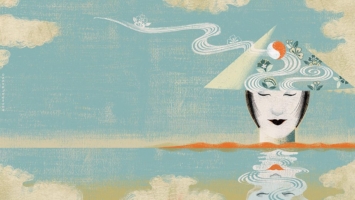